Buying a new storage device can be somewhat confusing these days if you haven't purchased one in a while. Let's dive into the various terms to help clear things up.

The SATA storage interface, which has been around since the early 2000s, is a popular interface for connecting a hard disk drive (HDD) or a solid-state drive (SSD) to your computer. However, as it was designed when HDDs were the norm, there are now competing technologies that are much faster, particularly PCI-Express/NVMe.

PCI-Express (PCIe), an electrical bus, allows for much faster speeds and functionality than SATA. While you may recognize PCI-Express as the name used for the motherboard's expansion ports, the same bus is also used for computer storage interfaces. When PCI-Express is used for storage, the NVM Express (NVMe) storage protocol is almost always used. For comparison, AHCI and SCSI are the storage protocols typically used for SATA devices. 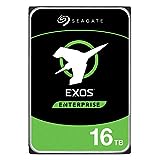 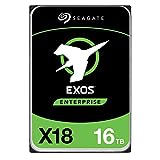 What Are the Differences Between SSDs and HDDs?

There are various new storage technologies, but most storage options are either solid-state drives (SSDs) or hard disk drives (HDDs). HDDs are storage devices that use one or more rotating magnetically-coated platters, combined with an actuator arm and magnetic head to store or retrieve data. The arm needs to move into the appropriate position and wait for the desk to spin around to the necessary offset to read or write a particular piece of data. While this happens very quickly, with disks often spinning at 5400–7200 RPM, there is still much delay in this process.

Solid-state drives (SSDs) have superseded HDDs for high-speed storage purposes. SSDs use integrated circuit assemblies for storage and do not have moving parts, such as the spinning magnetic platters of HDDs.

While SSDs are much quicker than HDDs, it still may make sense to use HDDs for storing high quantities of data because of the lower price point. For example, the 18TB HDD in the picture above is marketed towards recording a large amount of surveillance video footage.

SATA is a computer bus interface used for connecting storage devices. SATA storage can include SSDs and HDDs. The interface can reach a max speed of 600 MB/s.

M.2 is a small form factor used by storage devices. M.2 devices are typically inserted into a port directly on a motherboard. PCIe expansion cards also exist with M.2 ports.

Both SATA and NVMe M.2 cards exist but must be used with a compatible motherboard. Motherboards may support both SATA or NVMe M.2 cards, but some only support one or the other.

M.2 was formerly known as the Next Generation Form Factor (NGFF).

Unlike SATA drives, M.2 cards do not have an enclosure. M.2 cards connect directly to a motherboard via an M.2 connector.

When purchasing an M.2 device, ensure that your motherboard supports the form factor, as M.2 cards come in various lengths.

SATA M.2 cards run at SATA speeds, which means they are limited to 600 MB/s.

NVMe M.2 cards use the PCIe connection to provide a high throughput rate, with a max speed of 8 GB/s for PCIe 4.0.

Each version of PCI-Express roughly doubles the supported bandwidth. For example, a PCI-Express 4.0 NVMe M.2 card using x2 lanes may support up to twice the speed of a PCI-Express 3.0 card using the same number of lanes (same keying).

M.2 connectors are keyed in different ways to ensure compatibility and indicate supported interfaces. Connectors with different keyings are physically unable to be connected. M.2 SSDs typically use one of three common keyings: B, M, or B+M.

SATA M.2 cards are limited to the typical 600 MB/s SATA speeds for all keyings.

While SSDs in the M.2 form factor are limited to 4 PCIe lanes, add-in cards do not have this limitation. AICs can use up to 16 PCIe lanes, resulting in an upper bandwidth limit of 32 GB/s for PCIe 4.0 and 64 GB/s for PCIe 5.0. 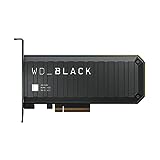 USB SSDs and HDDs are convenient for traveling, adding additional storage to a laptop, or transferring files between multiple computers.

When connecting an NVMe or SATA drive to a computer via a USB interface, it will be limited by the USB version and drive's supported speeds.

For example, a SATA drive (600 MB/s) over a USB 3.2 Gen 2x2 interface (2.5 GB/s) will be limited by the SATA drive. On the other hand, an NVMe drive using the same USB interface may be able to consume the full throughput of the USB interface.

U.2 drives are SSD storage devices primarily targeted at the high-end workstation and server markets. Motherboards with U.2 ports are also limited to these markets, although PCIe expansion cards are available with U.2 ports.

U.2 drives use x4 PCIe lanes and thus have the same max bandwidth as M.2 drives (8 GB/s for PCIe 4.0). However, U.2 drives are in an enclosure and connect to a motherboard via a cable, similar to SATA SSDs. This form factor allows for higher capacities and more installation flexibility. Advantages for the server market include hot-pluggability, which M.2 devices do not support. 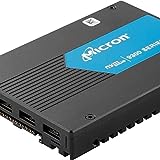 Limited to the same speeds as SATA, mSATA was a form factor used by laptops, tablets, and netbooks.

Unlike a SATA drive, mSATA cards do not have an enclosure and connect directly to the motherboard via an mSATA port.

mSATA has been superseded by M.2.

Have a suggestion or correction for this article? Send us an email at: corrections@techreviewer.com